The Falcon and the Winter Soldier: release date, trailer, cast and what we know

|  Uncategorized  |  The Falcon and the Winter Soldier: release date, trailer, cast and what we know

The Falcon and the Winter Soldier: release date, trailer, cast and what we know

The Falcon and The Winter Soldier on Disney Plus is the most-anticipated Marvel TV show to date. It marks the first time we've seen the MCU officially and unambiguously cross over onto the small screen (sorry, Netflix's Marvel shows), building on the continuity of the Marvel movies.

After the events of Avengers: Endgame, this show will follow Captain America characters Sam Wilson (Anthony Mackie) and Bucky Barnes (Sebastian Stan) as they team up once again to face new and returning threats.

At the end of Avengers: Endgame, Steve Rogers passed the shield on to Sam, who in this show is still known as the Falcon. "I'm not Captain America. Just because he told me to hold his shield, he didn’t say 'you're Captain America now,'" Mackie told IGN.

"We saw Old Man Cap hand that shield to Sam Wilson at the end of [Avengers: Endgame], and the question is, what did he do with it next?" Marvel's CCO Kevin Feige said at CCXP in 2019. The show focuses on the responsibility Sam now feels in carrying that shield, Feige added.

Below, you'll find everything you need to know about The Falcon and The Winter Soldier, with details about the cast, release date, footage we've seen so far and more.

The Falcon and The Winter Soldier release date: August 2020 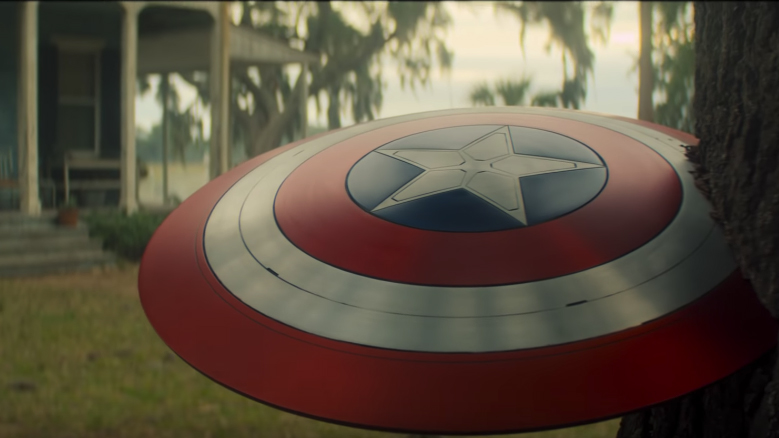 The Falcon and the Winter Soldier has a confirmed release date of August, now, with a specific day yet to be announced. There are six episodes in total. Expect them to roll out weekly on Fridays, like all existing Disney Plus originals.

The Falcon and the Winter Soldier trailer: does one exist?

Sort of. During the Super Bowl, Disney Plus released a 30-second teaser of the first three Marvel shows on Disney Plus. You get more of Falcon and Winter Soldier than you do of Loki and WandaVision, including a moody shot of Bucky holding a gun at Helmut Zemo's head, an extremely brief shot of Falcon flying in his new costume and the two characters greeting each other on what looks like some kind of remote ranch.

You also get a look at John Walker (Wyatt Russell), also known as Super-Patriot and USAgent from the comics (more on him below) running onto a football pitch. It feels like a fight is brewing over who gets to be the next Captain America. It's just enough of a tease to get you excited about the show.

The Falcon and The Winter Soldier story: what we know so far 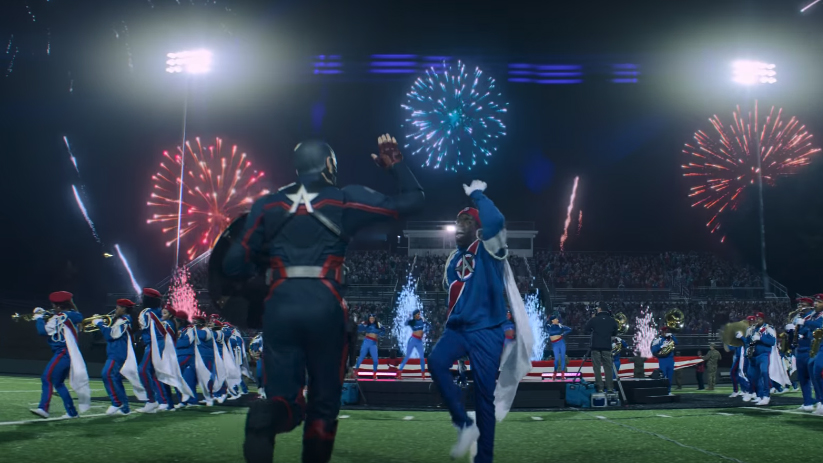 The Falcon and The Winter Soldier, as the name suggests, brings Sam and Bucky back together again for a story set in the aftermath of Avengers: Endgame.

There's no official synopsis for the series, but after Disney dropped the teaser above, Marvel called it a 'global adventure that tests their abilities – and their patience'. It will feature the return of the villain Helmut Zemo, last seen in Captain America: Civil War, and this time wearing his mask from the comics.

You just know Bucky will want revenge after the events of the 2016 movie, where Zemo controlled his mind with a series of trigger words, and caused a sequence of events that almost led to the Winter Soldier's death at the hands of Tony Stark.

We know Sam won't be Captain America yet in this series, then, even though we've seen him practicing with the shield in the teaser trailer. Indeed, in the Disney Plus special Expanding the Universe, we actually see a brief shot of his new costume, which is somewhat in line with the classic Falcon look from the comics. 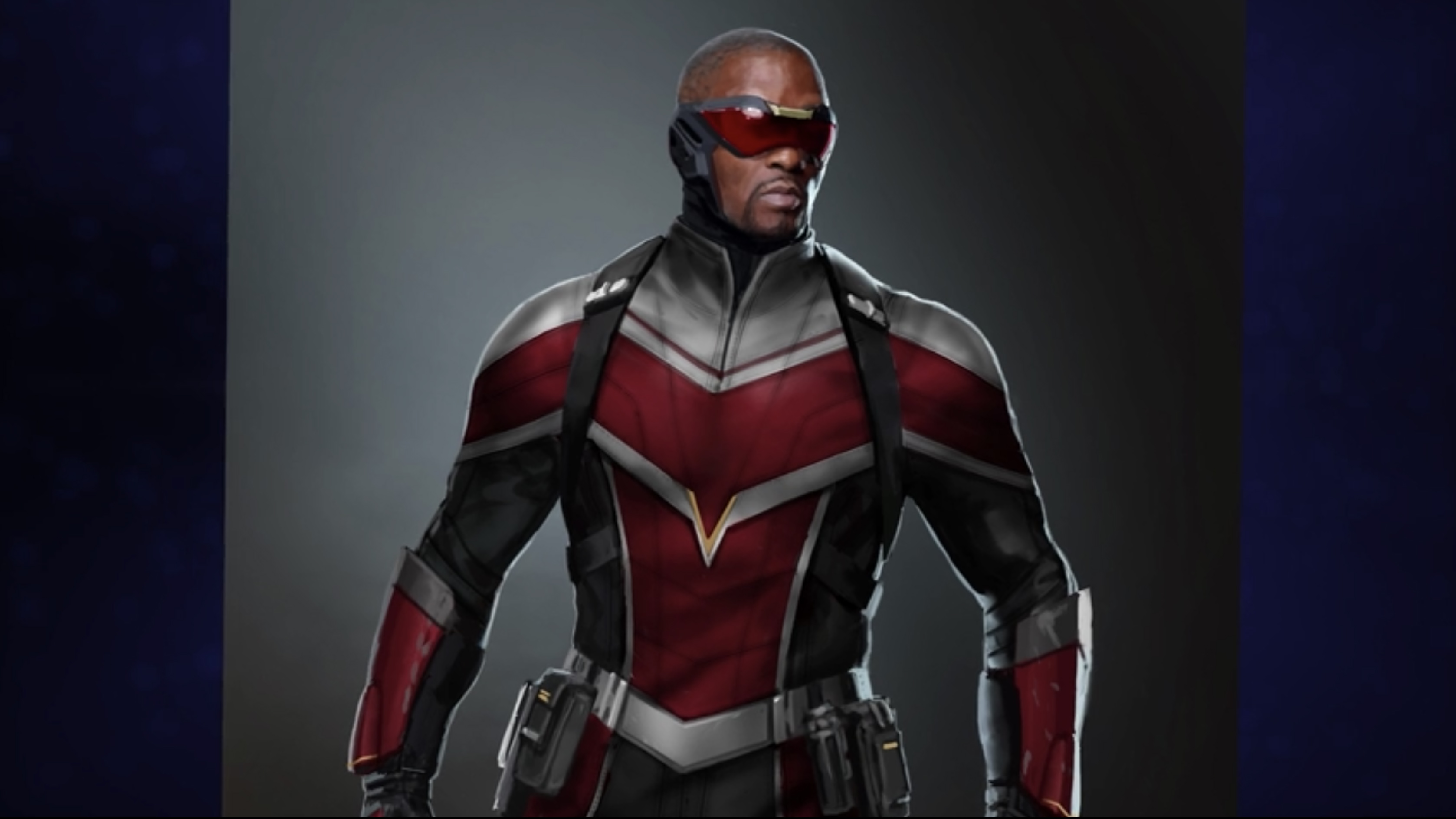 Although the plot of The Falcon and The Winter Soldier is being kept under wraps for the time being, comic book writer Marc Bernadin theorized that there's been some tension about Sam Wilson taking over as the new Captain America, and that this will form the basis of the upcoming show. "The [US] government doesn't want Sam Wilson to be Captain America," he suggests. It makes a lot of sense, and it tallies with another key bit of casting on the show.

Back in November 2019, Wyatt Russell was added as the aforementioned John Walker – a character that should be all too familiar to comic book fans. Originally known as Super-Patriot, the former soldier will appear in The Falcon and The Winter Soldier TV series with a Captain America-esque suit. In fact, we've even seen concept art of what it looks like.

This could be a sign that the US government intends to replace Captain America with one of their own. In the comics, Walker and Steve Rogers come to blows. Could there be a fight here over who gets to have the title of Captain America? We don't know yet.

Either way, expect character moments between the action. "We don't want it to be all action all the time," executive producer and showrunner Malcolm Spellman says in the Expanding the Universe documentary. "We need to go home with these characters, we need to spend time unearthing who they are. And since we've got great actors, put them in situations where they really get to show what they do."

"We can create the same exciting high-end action sequences but then in between those set pieces, we get to dive deeper into the character beats," says Zoie Nagelhout, supervising producer of the show. "So it's the best of both worlds."

The Falcon and Winter Soldier cast: who's returning

It's no secret that The Falcon and The Winter Soldier will see Anthony Mackie and Sebastian Stan reprising their roles from the hit Marvel movies. But it looks as though we're in for a real treat as a number of other familiar Marvel faces return for the upcoming TV series.

Emily VanCamp appears again as Agent 13 aka Sharon Carter – a former S.H.I.E.L.D. agent and Peggy Carter's niece. The last we saw her was during the events of Captain America: Civil War when she shared a kiss with her now-uncle Steve Rogers…but the less said about that, the better. The Falcon and The Winter Soldier should fill in the gaps since Civil War, explaining what Agent 13 has been up to since going on the run.

As explained, Daniel Brühl will return as Helmut Zemo, this time sporting his mask from the comics. And as discussed, too, Wyatt Russell is part of the cast as John Walker – a militaristic successor to Captain America who is presumably the number one candidate that outside forces want to see pick up the shield. Actors Adepero Oduye, Desmond Chiam and Miki Ishikawa have been cast in currently unknown roles.

Kari Skogland (The Walking Dead and The Punisher) is directing all episodes with Spellman and Derek Kolstad (John Wick) as the show's main writers.

The Falcon and The Winter Soldier will explore Captain America's legacy

It seems like The Falcon and The Winter Soldier will be as much about the legacy of Captain America as it is about its titular characters. Presumably, this show will complete Sam's acceptance of the role – or see the Avenger make it his own.

Avengers: Endgame directors Joe and Anthony Russo have previously explained why they chose Sam Wilson to take over as Captain America, instead of Cap's long-time friend, Bucky Barnes.

"Ever since they met in [Captain America: The Winter Soldier], there seemed a very common bond between the two characters," Anthony told Yahoo! Entertainment. "Their military background, their humility, their sort of commitment to serving. It just seemed like that would be the person Cap would entrust."

"We [did consider Bucky]," Joe added. "But… we try to logic it out and sit in the room and talk through what makes the most sense from an arc standpoint and from a logic standpoint, and Sam made the most sense."

If nothing else, this show should look fantastic. A THR story reported that the per-episode budget for the upcoming Marvel shows is up to $25 million.